Here's a closer look at what's perhaps the best time-capsule of a darkride in America, Laffland at Sylvan Beach Amusement Park in Central New York. 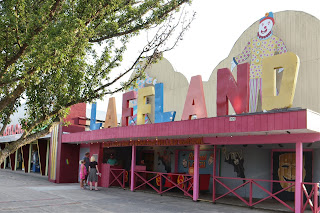 Opened in 1954, Laffland is one of only a handful of darkrides left that was built by the Pretzel Amusement Ride Company, who invented the powered darkride in 1928. 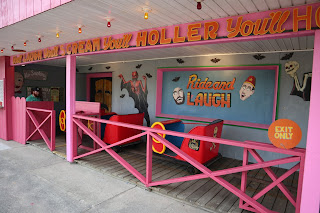 What makes Laffland unique of the Pretzel rides remaining is that it's the last (of 100s built) to operate the company's trademark ride vehicles with a "pretzel" worked into their design.
You have to love this artwork and the old-school operator's chair. Ready to ride? 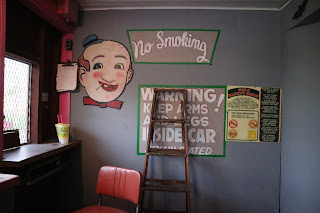 In flash pictures, the grittiness of a darkride is always revealed, and old Pretzel rides relied on keeping the riders in complete darkness with the only things visible being the "stunts," or devices meant to startle riders. 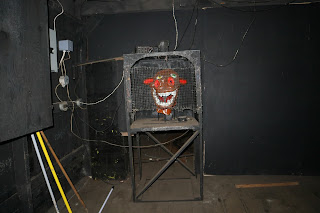 For example, when you're riding, you have no idea that two extra cars are stored inches away from the track. 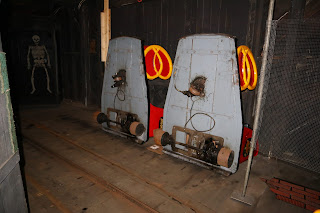 With the sound of a buzzer, this skeleton begins to move, and a "brick wall" to the left is lit in red lights, which turn off before you crash through the wall. 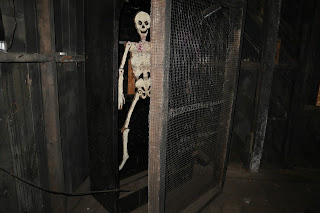 In the picture below, you can see how simple the track layout is as the car works its way towards the back of the building. In just this image, you can see the car switching back on itself three separate times! There was no need to install extra walls as long as the stunts were hidden well enough. 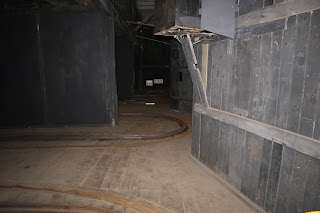 Many of the stunts are as low-tech as possible; the paper-mache "devil" on the left has somehow survived after 65 years in use - it pops up with a mechanism that uses the car as its motive of power. 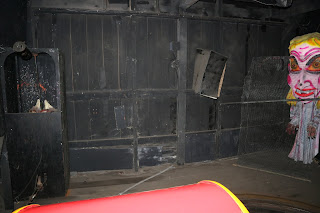 "Al E. Gator" was another trademark Pretzel stunt that is still sliding out of its barrel after all these years. 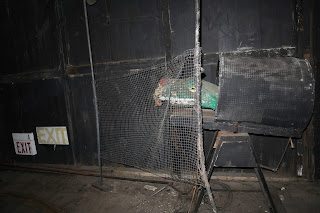 At the center of the below image, you can see one of the Pretzel "noisemakers" that are now only found in Laffland. They're simple as dirt but effective; here, the car simply rolls over a switch that drops a lever on a cymbal. There is also a startling box of ball bearings and tinkling bells (creating a "broken glass" effect) elsewhere in the ride. 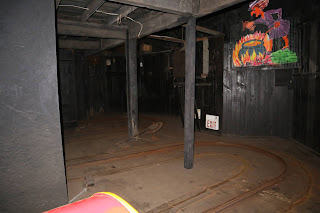 I find this stunt humorous, as it's triggered at the same time as the cymbal. 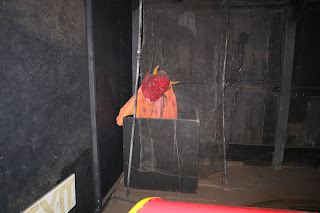 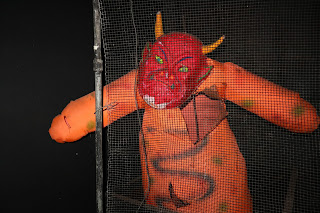 Laffland is absolutely one of my favorite rides because it's a true survivor. I'm glad that at least one old ride like this has hung on long enough for me to get to experience it. 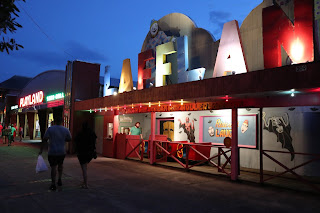 Email ThisBlogThis!Share to TwitterShare to FacebookShare to Pinterest
Labels: Darkrides

In upstate New York on Oneida Lake (the largest lake entirely in New York), there exists a tiny time capsule of a park called Sylvan Beach Amusement Park. There has been an amusement park on this site since 1879, making Sylvan Beach tied for the title of the fourth oldest amusement park in the country. 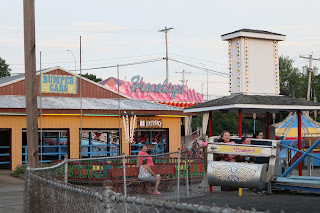 With a solid collection of classic rides, Sylvan Beach can look a little worse for wear in some places, but I'm grateful that this park in a small lakeside town has remained when so many others have closed. 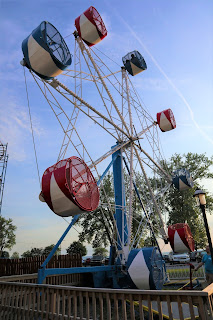 One of the park's vintage rides is this Rock-O-Plane. However, it is actually one of the more recent additions to the park, which have all been in keeping with its old-time feel. 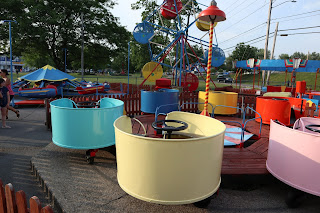 The Kiddieland area has a treasure trove of old kids' rides, and the smaller of the two arcades in the park has some antique machines. 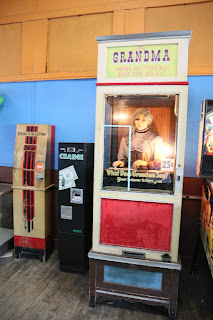 I actually visited on the park's 2021 opening day - June 26 - after they were shut for all of 2020 due to New York's restrictions on amusement parks. One unexpected hurdle to opening the park was a nest built by ospreys on the Galaxi roller coaster. This prevented it from opening on time, but repainting of the ride was also underway, so it probably wouldn't have been ready anyway. Luckily, I visited this park once before in 2017, so I already had gotten my "coaster credit" on it! 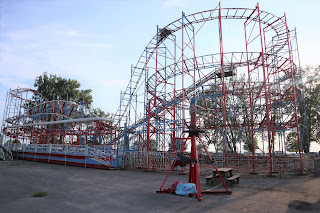 The other closed ride was the Rotor, now one of only two left in the country. This was another ride that I did in 2017; plus, I got to ride the other remaining Rotor on this same trip! 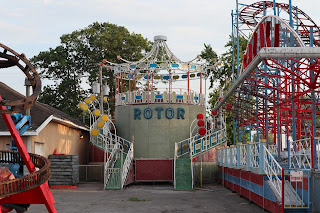 The Tilt-A-Whirl, Scrambler, and Bomber (Roll-O-Plane) have all been with the park for decades. 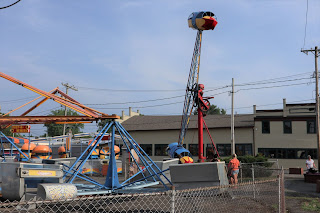 The neon of the Playland arcade is quite dazzling, and its next store neighbor is even better... 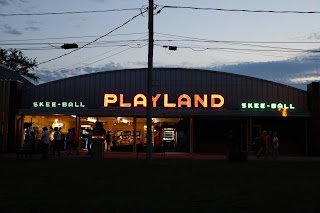 This last image shows the best ride in the park and what makes it worth visiting. Laffland opened in 1954, and the inside of this darkride has been unchanged and wonderfully preserved for 65 years. It's an amazing ride and will get its own post soon! 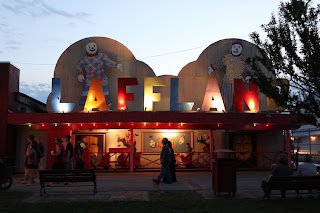