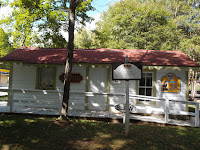 Opened in 1878, Idlewild Park in Ligonier, Pennsylvania is the third oldest amusement park in the country (and when I say "opened," I really mean that they just built this tiny railroad depot and threw in a couple of picnic tables). Although the park lost its classic Caterpillar flat ride in 2013, they still have a nice collection of some fairly standard amusements found at amusement parks all around the country. Let's take a look at them﻿! 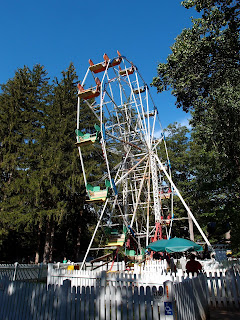 First off is this Eli Bridge Ferris Wheel. Once at nearby Kennywood Park, it provides nice views from the top. 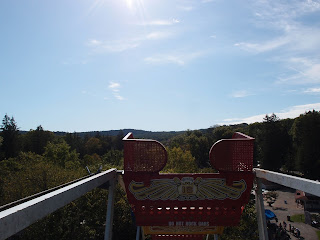 Right next door is the Spider, a famous "twirl-and-hurl" ride. 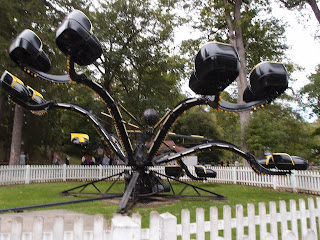 One of the oldest buildings at Idlewild is this, the Skooter bumper car structure. I believe that it was built in the 1920s. It's important to note that although the building is old, the cars themselves are not. 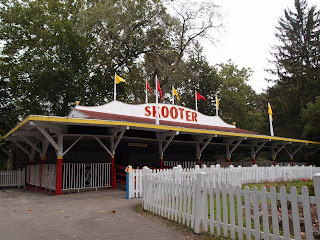 The Paratrooper is another standard that's always a fun time. 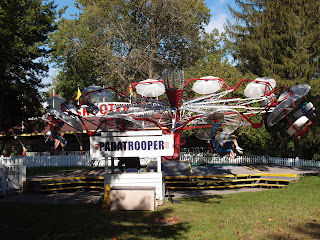 Even with this collection of classics, Idlewild is not without its faults. The park recently removed their c. 1940 Whip ride because of it being in a flood plain. While I guess that is an acceptable reason, a complete renovation would've been welcome to let this ride continue providing gentle thrills for years to come. To add to the hurt, it has sadly not replaced by any attraction.
For the same reason, Idlewild also removed their Round-Up in 2018, leaving many fans to wonder if it would ever return. However, Idlewild has now proved that they can bring flat rides back from the dead, as it has reappeared at the tail end of the 2019 season. 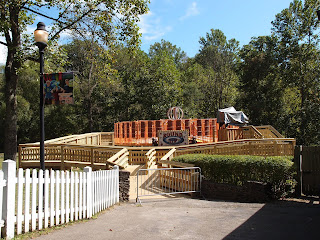 An Eli Bridge Scrambler is also on hand. (Note the identical decals to the Ferris Wheel cars.) 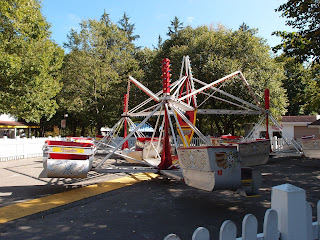 These Flying Scooters look old but have actually only been here since 2007. This was also Idlewild's last new ride, so they are majorly due for something fresh. 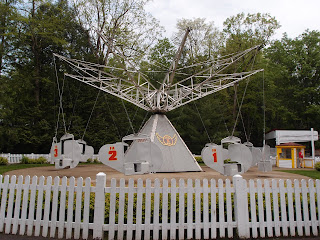 I hope you have enjoyed this look at the flat rides of Idlewild. The mid-sized group they have is better than many parks, and hopefully, all of these will stick around for years. However, the Caterpillar is still in storage and needs to come back! 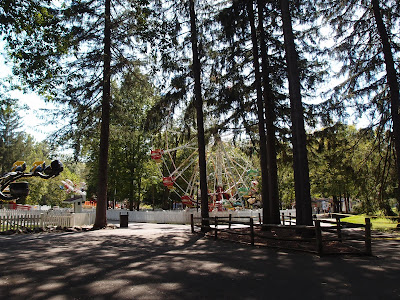 The Haunted House at Trimper's Rides in Ocean City, Maryland is a classic darkride, one of the few remaining ride-throughs built by famed darkride designer Bill Tracy. Opened in 1964, its collection of "stunts" has grown and been updated over the years, but a lot of classic gags remain.

I have shared an exterior pic of this ride before, but I figured that now would be a good a time as any to take a trip inside!

The ride cars, wonderfully designed, look like coffins and are referred to by this man as "coffin carriages." 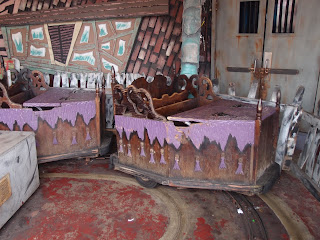 One of the first illusions you encounter is this, the "tilted corridor," a standby in many haunted house-type rides. 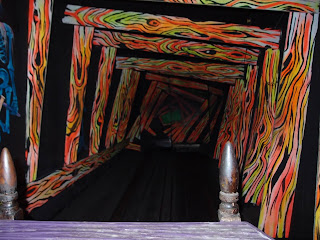 Right after that is the spinning barrel, which also includes a rotating disk at the end of the hallway designed to look like the back of one of the ride's cars! 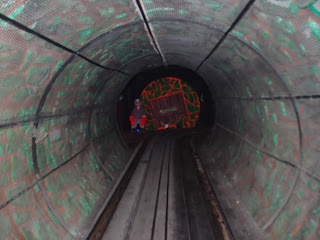 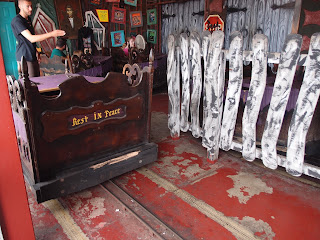 Some of the dioramas have been in the ride since 1964, such as this macabre one, the "Old Mill." 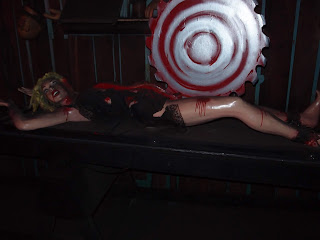 There are spooks on the lighter side of things, though! 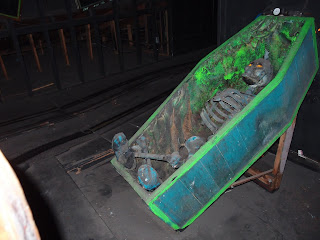 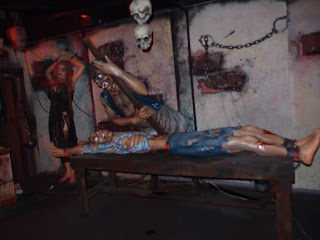 This "train tunnel" uses a former rotating barrel from a defunct Bill Tracy darkride that was once in an Ocean City amusement park called Playland. When that park closed, Trimper's acquired many of the stunts from their Ghost Ship darkride and added them to the Haunted House, creating a new and improved two-story ride.
This lunging "rat" also came from Playland's Ghost Ship. 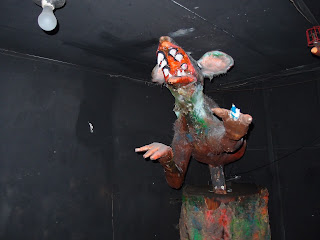 I don't have a good picture of it, but Trimper's Haunted House also features a "water curtain" waterfall that runs in front of the ride's final set of doors. Luckily, it shuts off before right before you are drenched. Unlike some darkrides, you do get wet from this one!
I hope you have enjoyed this ride through the Haunted House!
Posted by Andrew at 3:52 PM 12 comments: