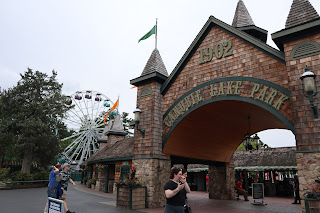 One of my best trips of the summer was to Canobie Lake Park in Salem, New Hampshire. Since its start in 1902, Canobie Lake (pronounced can-a-bee) has become one of the best family-owned amusement parks in the country. 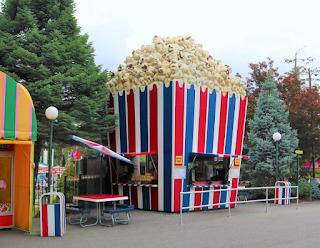 Right inside the entrance, you're greeted with a wonderful example of programmatic architecture. The color-coordinated trashcans don't go unnoticed by me. :-) 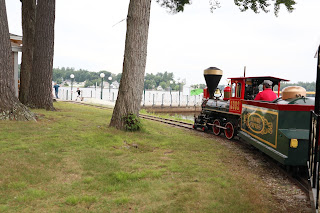 To get a look at Canobie Lake itself, you can ride the slow-moving miniature train or take a boat cruise. 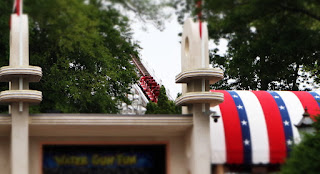 The Yankee Cannonball was built in 1936 and is a perfect classic coaster. It provides great airtime moments and has a well-paced layout. It was definitely a highlight of the park for me. The Rowdy Roosters is the most unique Flying Scooter ride I've ever seen. The distinctive shape of the car bodies is because of their former role as WWII "drop tanks," which are airplane fuel tanks that are dropped once they are empty. 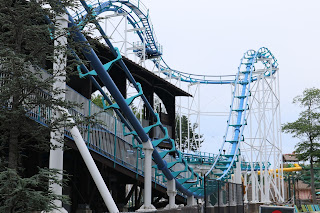 The Canobie Corkscrew is a coaster that I have seen but will never ride. After sitting dormant for all of the 2021 season, it has been removed from the park map, pretty much confirming its removal. 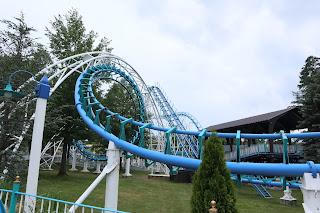 Although I'm sure it didn't give an amazing ride experience, I still would've loved to have ridden this coaster because of its history. The ride began life at the failed Old Chicago indoor amusement park as the Chicago Loop and was one of the first four Corkscrew coasters Arrow Development built in 1975. It operated at the Alabama State Fairgrounds before coming to Canobie. If you look closely, you can see fresh welds on the track - likely for inspection purposes - so it's probable that 45 years of use and being relocated twice has caught up to it. 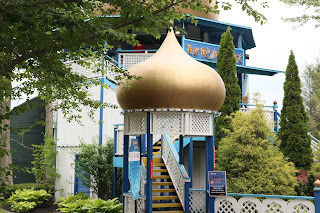 A happier subject is the Turkish Twist, one of two Rotor rides left in America! While this model's ride time was on the shorter side, it's still an absolute thrill sticking to the wall by centripetal force. 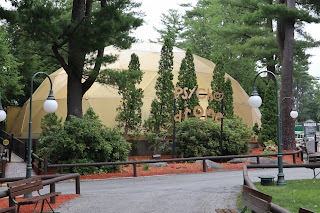 I was also excited to try out my first indoor Scrambler. Psycho Drome combines the disorienting ride with music and lights. Indoor Scramblers can surprisingly be found at many east coast parks. 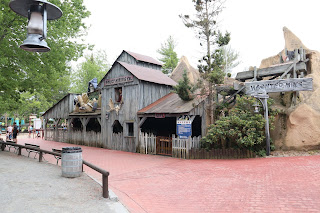 One of my favorite rides was the Mine of Lost Souls, a 1980s darkride. I avoided spoilers and was amazed at its quality. The animatronics are the best you'll find at an independent park, and there's an awesome room where you zig-zag on a bridge over a large lake past multiple animatronics. 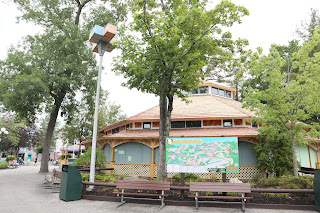 The other disappointment of my visit was seeing the historic carousel closed for refurbishment. They do have one of the "Luminaires" from the '64-'65 World's Fair, though! I don't know if it still works at night. 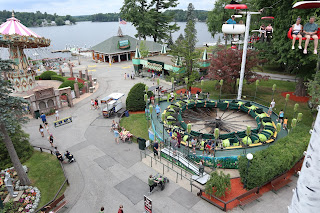 I've saved the main reason I wanted to visit Canobie Lake Park for last. The park is the last in America to feature an original Caterpillar ride... with a working canopy that covers riders! 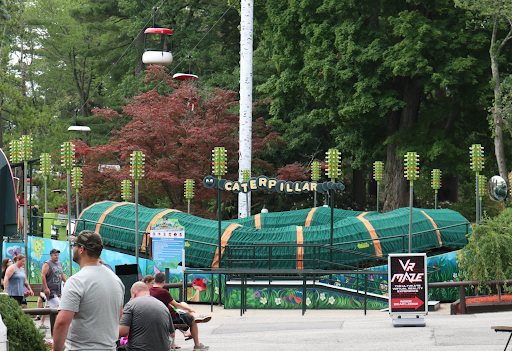 The second-to-last American Caterpillar ride closed in 2012 at Idlewild, one of my local parks. That was the first year I visited Idlewild, and when I saw the ride was operating without its canopy, I decided to "wait until next year." Of course, this extremely rare ride was removed for good from that park the next season. This made making the trek to New Hampshire a must-do for me! 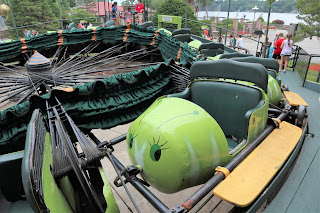 It's not a particularly thrilling ride by any means, but I'm glad to say I checked off something that was high on my bucket list. 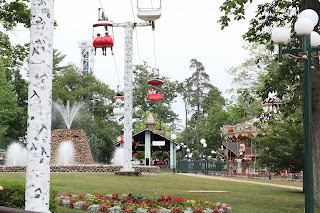 Even with a few closed rides, Canobie Lake Park stands out as one of the best amusement parks I've ever visited. No detail goes unnoticed when it comes to guest service, and the mix of classic rides is top-notch.
Posted by Andrew at 9:00 PM 13 comments: