The Great Movie Ride was a trackless traveling theater darkride located at Disney's Hollywood Studios at Walt Disney World. Opened in 1989, it was one of only two rides when the park debuted as Disney-MGM Studios. The entrance was through the park's iconic replica of the Hollywood Chinese Theater. 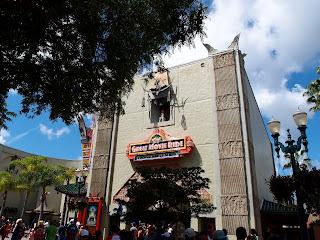 I got to ride this "spectacular journey into the movies" on my first visit to WDW in 2014, and my dad took these pictures. They aren't of the best quality (I'm not kidding, 'kay?), and I'm missing images of some of the key scenes, such as the theater at the opening... 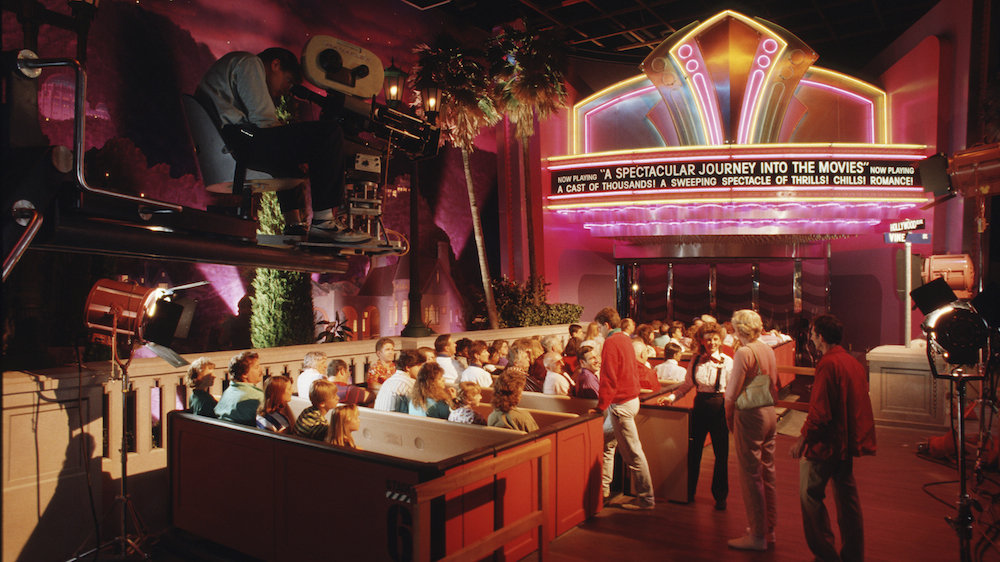 ...and the Alien sequence, as well as some of the more minor dioramas like Mary Poppins and Casablanca, but I'm still glad to have these images! 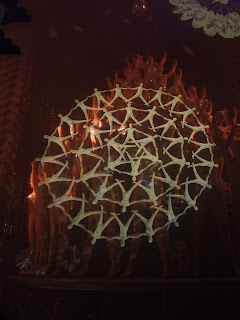 Footlight Parade was the first movie showcased. There's some spectacular footage of when the pyramid rotated and there was a fountain at the base - watch it if you get a chance! 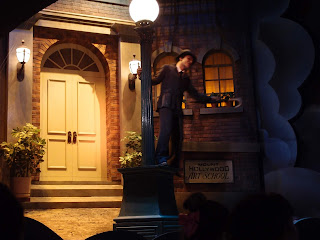 Singin' in the Rain featured this memorable Gene Kelly figure and a water curtain raining down. I remember being fascinated with the way this animatronic "hung" off the lamppost, for some reason. 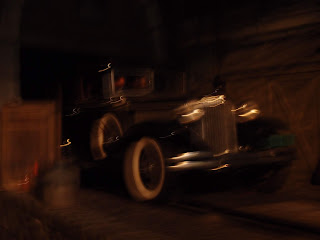 Of course, one of the coolest factors in the Great Movie Ride was the interaction that the live tour guide on every group of two cars had with the scenes. When the attraction was operating at full capacity, riders either had their tour "taken over" by a gangster or cowboy, depending on which setting their tram stopped in. 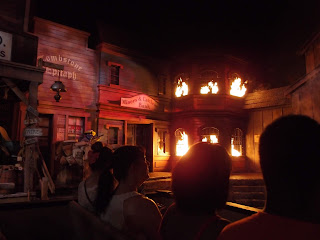 I was lucky to see the more scarce western scene, complete with a flaming bank! 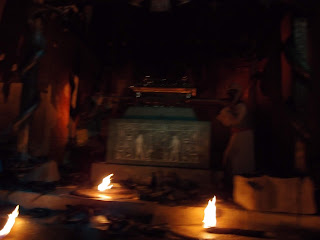 If you squint, you can make out Indiana Jones in this set of Raiders of the Lost Ark. 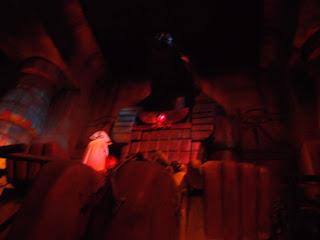 When your "bad guy" tour guide was tempted by the jewel here, your original guide (the "oracle" scene here that warned against a curse) was restored in short order, with a skeleton appearing in place of the gangster/cowboy. 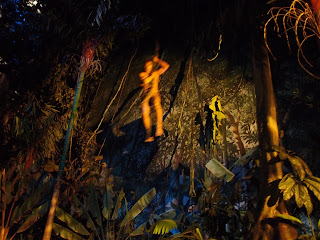 Tarzan's trademark call accompanied him swinging to and fro in this display. 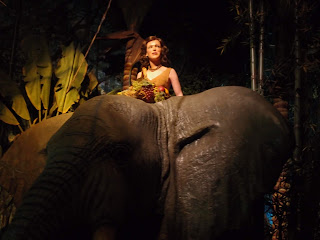 An animatronic Jane was also present. 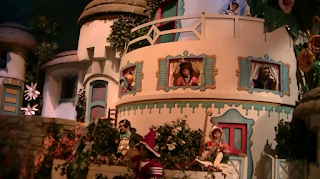 The grandest - and by far most memorable - tableau in the attraction revolved around the Wizard of Oz. The ride vehicles were surrounded by a munchkin village with lots of little animatronics, all singing happily. 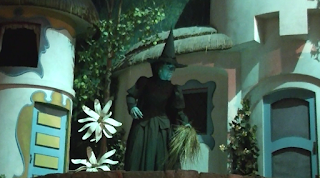 However, the Wicked Witch of the West just has to come and spoil the party. Soon after, though, the munchkins return for a cheery singing of "Follow the Yellow Brick Road," and the cars advanced to see this scene: 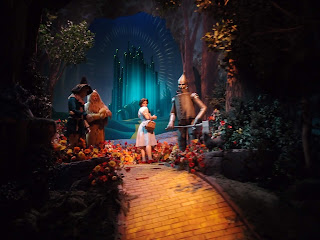 Following this, you pulled into a theater for a montage of clips of classic movies before returning to load.

Of course, the Great Movie Ride closed in 2017 and was replaced by Mickey and Minnie's Runaway Railway, which just opened this March. I've purposefully been avoiding videos of the new attraction, so I can't speak for its quality, but I hope that it's good, as the Great Movie Ride truly was great! With such an abundance of projections, however, I don't have high expectations. I hope you've enjoyed these pictures!
Posted by Andrew at 3:50 PM 8 comments:

The Old Mill is Coming Back! 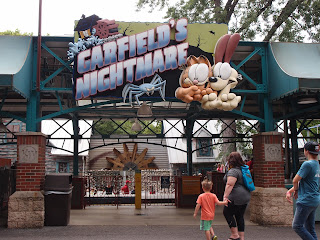 The event that fans of Kennywood have wished to occur for years has finally come to pass: Garfield’s Nightmare, the amusement park's Day-Glo boat ride with a slightly spooky twist, has been announced to be closing. For the upcoming 2020 season, the ride will be redone in a more traditional darkride style that will be evocative of the attraction that formerly inhabited the space, the Old Mill.


Garfield’s Nightmare, based off of the popular comic strip cat, opened in 2004. Upon its debut, it instantly garnered much criticism over various issues; among them were including product placement throughout its passageways and the infusion of a popular character such as Garfield into Kennywood, which has always prided itself on maintaining a traditional amusement
park atmosphere over the years. 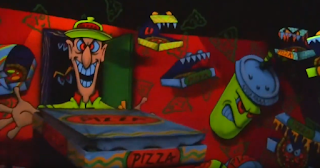 The main gripe with Garfield, though, has always been that it is a dramatic departure in feel from the ride that preceded it. The Old Mill underwent numerous redesigns and name changes over its last few decades of operation, but constant throughout was a theme revolving around skeletons and the old west. Although not overly complex, many longtime Kennywood fans lamented the loss of the ride’s vintage aesthetic to a ride that was greatly considered to be too tongue-in-cheek and not focused enough on atmosphere. Overall, Garfield's Nightmare was simply an extremely cheesy ride that did not feel "right" in a park like Kennywood. 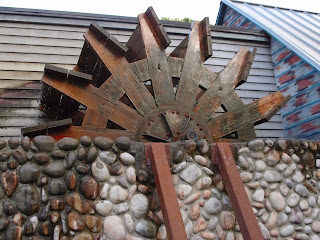 The pre-Garfield theme was also one that was much more in keeping with the ride’s history from the early 1900s. “Mill Chute” rides were once commonplace throughout amusement parks all across the country, but Kennywood’s is one of less than five surviving examples throughout the nation. 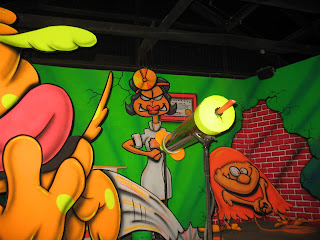 Kennywood has long encountered resistance against Garfield’s Nightmare, and park visitors have been crying for years for the park to restore the Old Mill to its former glory. Now, only after 16 seasons of operation, the Old Mill will finally be returning.
This restoration of a classic Kennywood accordance goes nicely in accordance with the 100th anniversary of the Jack Rabbit coaster, which will also be celebrated in 2020 (As a side note, most historians consider the Jack Rabbit to be Kennywood’s oldest ride, but some make a case for the Old Mill, although it held a different structure before being completely rebuilt around 1926). 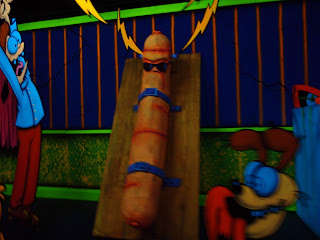 The refurbishment of this ride will likely be fairly simple and not very elaborate, but if it turns out to be anything like the work done to Noah's Ark, another one of Kennywood's vintage dark attractions, a few years back, then I think that we will be in for a treat. My expectations certainly aren't set too high, though, because I want to be surprised! I can't wait to check out the "new" Old Mil this upcoming season at Kennywood!
Posted by Andrew at 6:00 AM 7 comments: